Visits to the pub can vary in many ways. One is the extent to which they’re planned. On the one hand they can be scripted months in advance or part of a routine you’ve been following for years. On the other they can be completely spontaneous. Tuesday night this week is a bit of both.

I’m off to Grimsby for the football. The Rutland Arms (featured here) has been my pre-match pub for about the last 10 of my 30 years as a Grimsby Town supporter. And since I became a season ticket holder in 2004, visits here have been as integral to my matchday routine as the anticipation of miserable defeat and the deployment of five layers of clothing to keep out the Arctic blasts from across the Humber estuary. 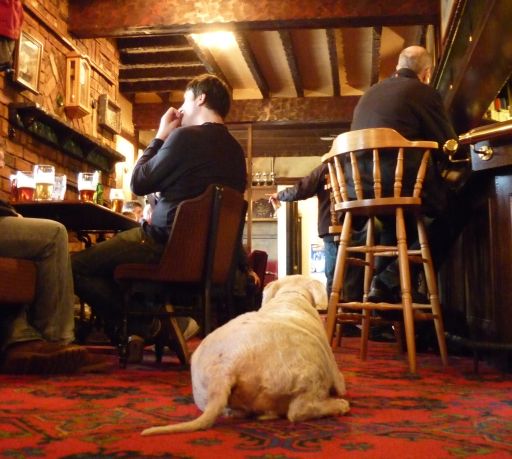 Sure enough, when Steve and I get into town, we go to the Rutland Arms (pictured above). The same old faces briefly look up from their pints as we enter. The room is enveloped in the same musty air of fatalism. The Old Mill Bitter is as reliably adequate as ever. The Mariners concede a goal after two minutes and by midway through the first half are lucky not to be three or four down.

Then it all changes. Town start to play, forcing an equaliser just before half time, dominating the second half and winning 2-1. When Steve’s car arrives at his home in the Doncaster suburb of Kirk Sandall, there’s a little while until my train back home to Sheffield. So we go for a pint in Steve’s local, the Glasshouse. It looks like there are no other pubs for miles around – but then the Glasshouse is so big that it could comfortably accommodate half the population of South Yorkshire.

When my key turns in my lock it’s a quarter to one in the morning. I’ve fallen asleep on the train three times and then walked home from the station. It was uphill nearly all the way. The win has buoyed me up, but so too has the Glasshouse. It doesn’t matter whether it’s my sort of pub or not, and it doesn’t matter whether anything remarkable happens there. The spontaneity of the visit, and the experience of meeting half a dozen people, amount to something quietly life-affirming in its own right.

Routine returns on Saturday, when we gather again in Grimsby’s Rutland Arms to ponder the team’s chances of taking anything from the afternoon’s game against the league leaders. A decade or so ago, when Grimsby Town were a decent team, we would analyse our defeats afterwards and call this analysis the “post-mortem”. For the last few years Town have been rubbish and we’ve analysed our defeats before they even happen. I suppose you could call it a pre-mortem.

So a 0-0 draw isn’t so bad in the circumstances.

Sheffield, of course, boasts a Rutland Arms of its own (featured here), and that’s where this week in pubs finishes up, a few hours after Saturday’s final whistle. Dan has organised the acoustic popshow going on in the upstairs room.

The gig is headlined by The Middle Ones: two girls, one acoustic guitar, no amps, no mikes and a large handful of astonishing songs. While they’re on, several people in the room are moved to tears, and I’m moved to observe that the direct, stripped-down immediacy of all of this makes it, actually, the most punk rock thing I’ve seen in my whole life. The staggeringly good beer at the Rutland plays its part in making this a great night (I try one of those dark IPAs tonight: are they supposed to taste like stout or am I doing it wrong?). But the twinkly, homespun personality of this pub makes it the perfect setting for the most DIY music event imaginable. 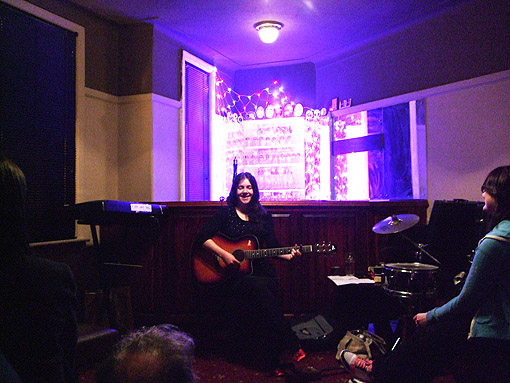