Well, maybe. I’m just a bit surprised it’s taken this long, really. We’ve been hearing for years now about what Camra has achieved: the most successful consumer group ever, wasn’t it? Let’s remember that pubs are struggling, and this means they’re selling less beer overall. In a falling market, a product achieves a greater market share if its sales simply stand still while others’ decline. My semi-educated guess is that part of this ‘achievement’ is accounted for by real ale drinkers being generally a bit better off financially than lager drinkers and thus more able to keep going to the pub during a recession. 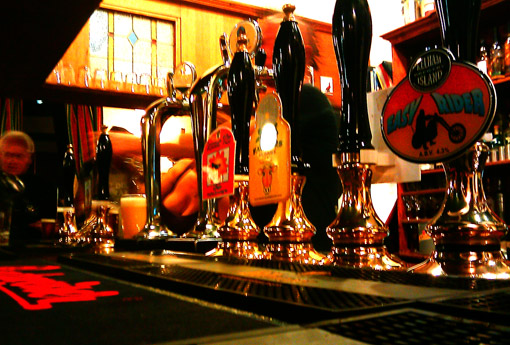 So, shall we get to the pub? First up, apologies are due to the Hadfield, probably the least worst pub around this bit of Sheffield to go and watch the football on TV. The previous edition of A Week in Pubs completely forgot that I was there on Sunday 5 September, giving moral support to Dan while he watched his Sheffield Wednesday team lose 1-0 at Brentford. Five quid for a burger and chips and a pint of bitter sounds a half decent deal, doesn’t it? The bitter was John Smiths, and the bloke behind the bar seemed a tad bitter at having to go and see if the kitchen had any veggieburgers. But it did the job. Unlike Sheffield Wednesday’s strikers.

While I remain convinced that Sheffield is one of the best cities for pubs on God’s sweet Earth, the really outstanding pubs don’t do football on TV. Perhaps one of the reasons people go to, say, the Wellington or the Fat Cat is to avoid football on TV, and/or the crowd they associate with it. I bet somewhere like the Rutland Arms could achieve a happy medium though. What do you think, gentle reader? Get to the pub.com would benefit immensely from a pooling of expert opinion on Good Pubs to Watch the Football.

The pubbing for this week proper begins on Wednesday with the rare treat of a trip over to Heeley to the Sheaf View, and then a nightcap back home at the Princess Royal. The Sheaf View is a marvellous place, where I once had a mystical pub experience of transcendent spiritual oneness and bliss (and wrote a song partly inspired by it). No, really – I’d only had a couple of pints. Tonight I get nearly as excited all over again, because they have Burton Porter from the Burton Bridge Brewery.

My love for Burton Porter is like a long, fabled affair with an elusive lover, built on unforgettable snatched liaisons separated by decades and continents. Or the midlands, at any rate. I first drank this stuff in the early 1990s at the White Lion in Walsall, then didn’t see it anywhere until I went to the Sheaf View in 2004. This is the first time since then. My eyes are widening rapidly. I think my pulse is starting to quicken. And I may well be dribbling onto my T-shirt. Burton Porter is the richest, most complex and satisfying beer I’ve ever necked. It is, in fact, my Favourite Beer Ever.

So is it ecstasy I feel as the black porter washes across my tastebuds and the first sweet fume of roasted malt rises inside? Actually, no. It’s a very nice pint indeed. But it doesn’t quite hit the spot like it used to. What a curious feeling it is to be supping a very nice pint indeed, yet feeling disappointment. Have they changed the recipe? Or am I just spoilt rotten with excellent cask ales these days? There’s no way of knowing: taste is so fleeting a sensation, filtered through time and subjectivity. And after one round, the barrel’s finished, and with it my plan – purely in the noble spirit of scientific enquiry and authoritative blogging – to drink four more pints before the night’s out. So it’s all over until 2018. Goodbye, my love.

This week in pubs ends on Saturday at the Rising Sun over in Nether Green. There are fine beers from the Abbeydale brewery. There’s a wide spread of ages among the drinkers here. There are charming new people I’m meeting. There’s lovely décor. And there are Henderson’s Relish-flavoured crisps. You can’t ask for much more than that. 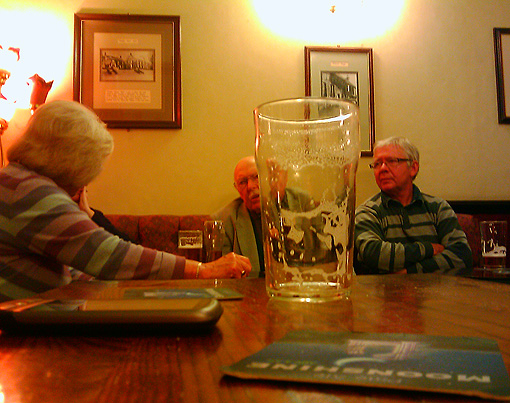